Imagine one day you wake up and realize that everything you’ve ever seen or known is a lie. Your life, and the town in which you live, is all an illusion made possible by a drug that the government pushes on you, saying that it’s for your own good and will make everything better. That, in a nutshell, is We Happy Few.

We Happy Few is being developed and published by Compulsion Games. It’s a survival game in which your objective is to escape the fictional town of Wellington Wells in a dystopian version of 1964 England. A drug known as “Joy” is pushed upon the populace in order to make them forget the memories of some “very bad things” done to an invading force during World War 2. Joy not only makes everyone forget bad memories, it also make the general population easier to control, and removes basic moralities of normal people. You are in control of Arthur Hastings, a newspaper clerk tasked with redacting, or censoring, any and all unhappy articles in the newspaper. After coming across an article about him and his brother, Arthur promptly stops taking his Joy and slowly begins to realize that everything is not what it seems. After his colleagues realize he is off his joy, they immediately attempt to apprehend him in order to rectify the situation. Arthur makes a run for it, hoping to escape the town and its drug fueled residents and….that’s it. That’s the extent of We Happy Few’s story right now.

The thing about We Happy Few is, technically it hasn’t been released just yet. It’s available in a preview format where the game is released in an unfinished state. The one positive thing about the game being released like this is not only is it significantly cheaper, $30 opposed to the more normal $60, but you can also support the developers and in turn, help them finish the project by funding them. It works sort of like Kickstarter, except you get to play the product as it’s being completed. The negative is that is the game has almost no story elements other than the opening prologue, which is made up of mostly side quests, and there is only one playable character, while the final release will boast 4. 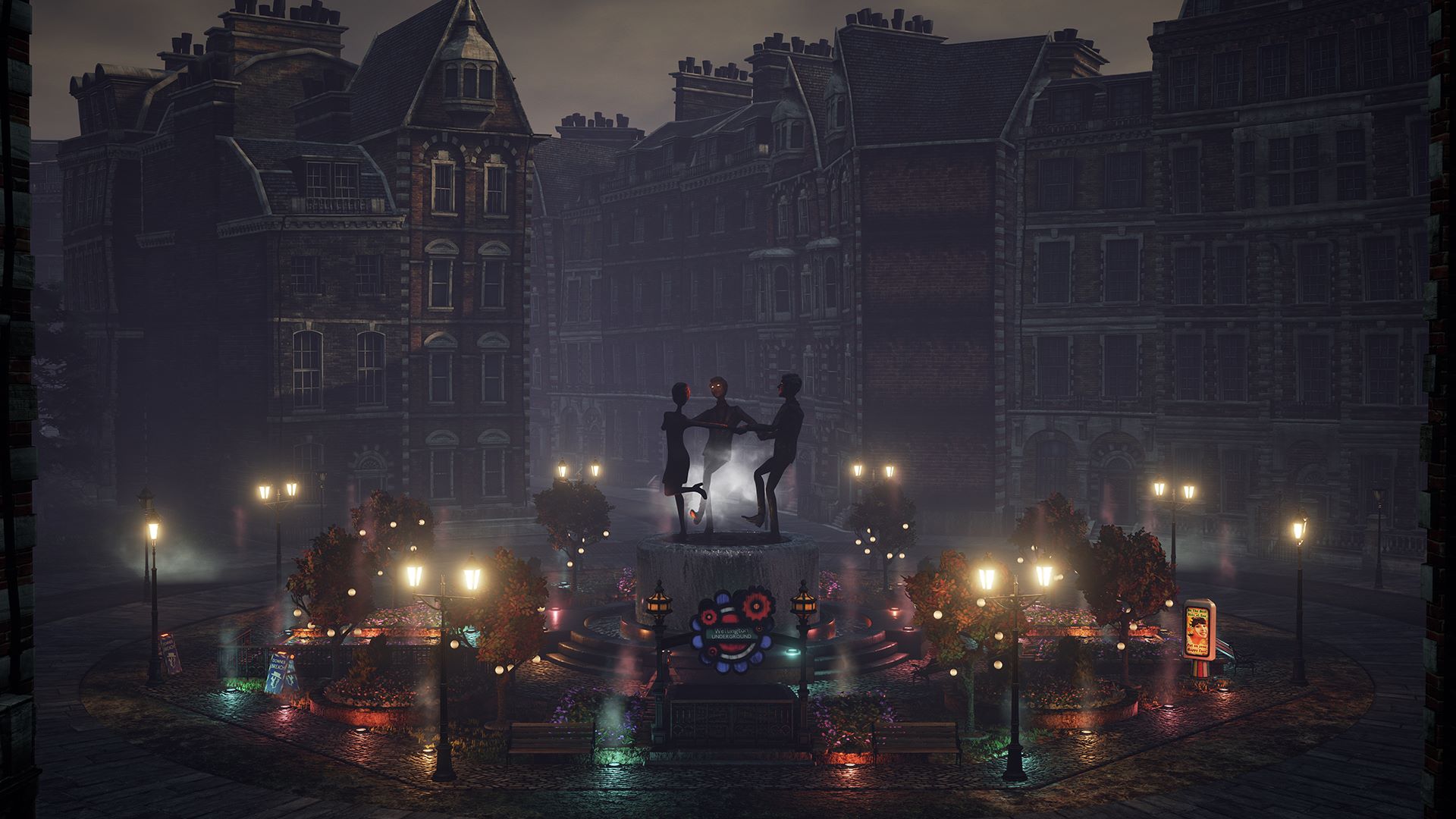 In my opinion, this is a really well made early access game. Graphically, the game is solid, with an awesome visual art style. I did get some muddy textures at times, but mostly after the game booted up for the first time that play session. I never really experienced any pop in of any kind or drop in graphical fidelity during my 5+ hours of playing. I did however experience some slow down and dropped frames, mostly when I had more enemies on screen than the game could handle. There was no slow down when I was just wandering the streets or when there were a reasonable amount of enemies in the current area.

Gameplay itself can be random at times. As I mentioned earlier, the game is mostly side quests at the moment and while the town’s layout is randomize as are the quests in each area every time you restart the story, there’s some serious repetition in the side quests themselves. Most of the time they are fetch quests, or “gofer” quests as my friends and I call them, as in “go for this” and “go for that”, these may not be appealing to some players. The combat is also hit or miss, pun clearly intended. While easy to get into, with almost no learning curve due to a basic “hit button to punch, hold button to block” mechanic, the combat feels floaty. Some attacks will connect, and other may not. There were times in combat where in a string of strikes, not every punch would land. Even when while using a weapon, such as a pointed stick, which clearly has longer reach than a fist, the stick wouldn’t reach the target. The target would then retaliate with a simple jab, which somehow had more reach than my stick. 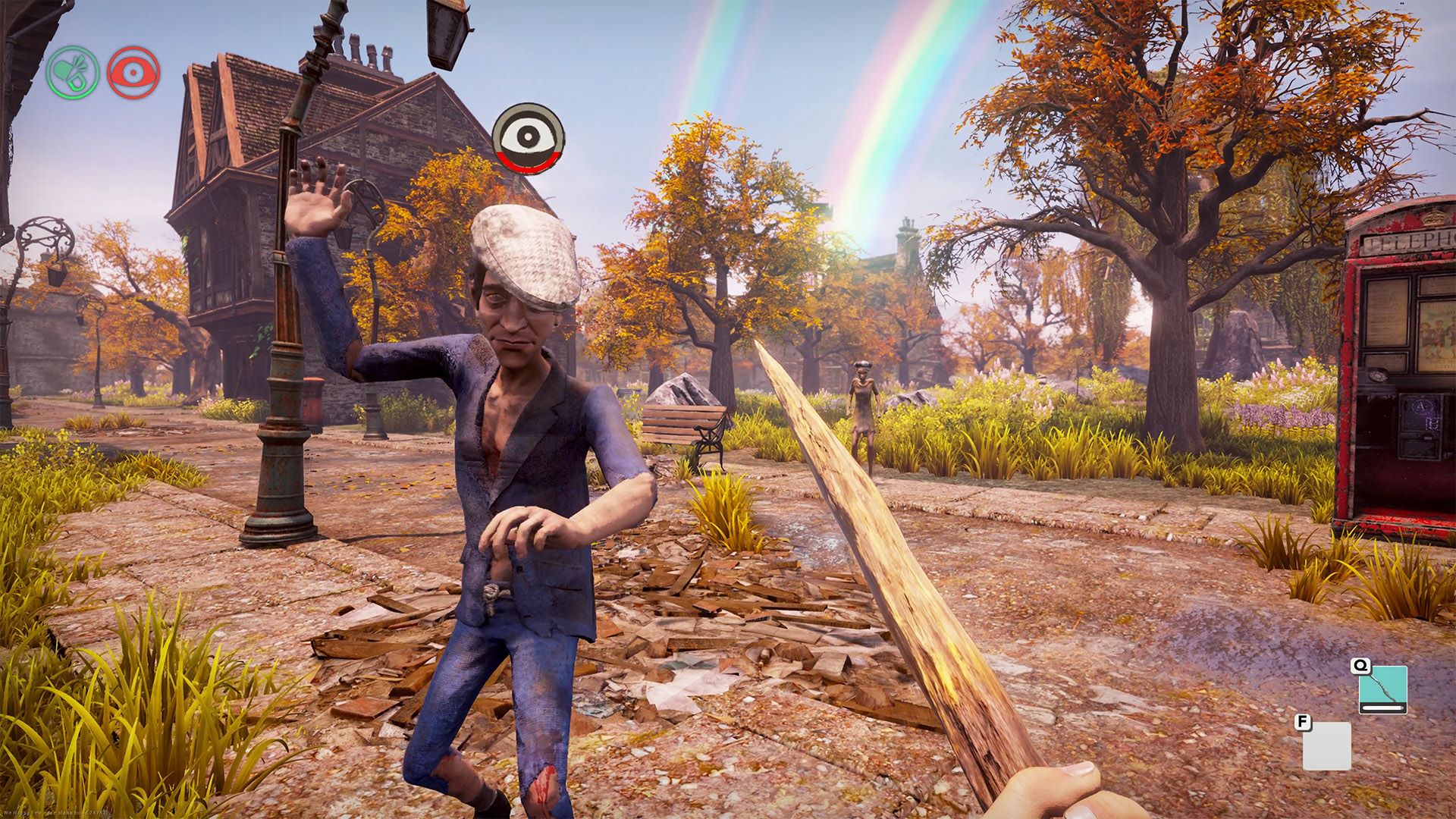 Beyond the combat and quests, the game also has a very simple but effective resource gathering and crafting system. For the most part, Wellington Wells is open, you can go anywhere on the map, exploring and looting items. Items are in turn be used to craft items such as first aid, clothing, food, and weapons. It’s not needlessly complicated in games like 7 Days to Die or Monster Hunter, where you need to gather item A to make into item B to combine with item C to make item D, it’s very a straightforward grab item A to make item B, sometimes combining with item C. The process is very simple and it works, I wish more games would take this approach with item crafting in the future.

One thing I mentioned earlier was that the game is random every time you restart it from the layout of the town, from the locations of the quests to what quests you have available. That’s both good and bad, in my opinion. On one hand, the game is unique every time, lending some replayability, but if you’re stuck somewhere with no idea of where to go or what to do, good luck. The randomness makes asking for help kind of difficult. There was one time where not only was I stuck on one mission for 30 minutes because I couldn’t find a specific resource to craft an item, but after I died and restarted the game, that quest had completely disappeared and was replaced with an even more irritating one.

The game has permadeath on by default, meaning your save gets deleted when you die, you lose everything and have to start over from scratch. One word of advice: turn that setting off for your first playthrough, as not knowing how the game works will likely result in repeated deaths. You see, another mechanic in the game is your status. Like in the sims, Arthur has to not only watch out of enemies, he also needs to monitor his health, hunger, thirst, and stamina. You have to venture out into the world looking for food, water and sleep, but you need to watch out for enemies at the same time. Eat some rotten food, you’ll get sick and need medicine, sleep in the wrong bed and you’ll wake up to some not so happy few. The status management adds an extra layer to the game, that doesn’t hurt or hinder. It’s nice to have it to add something more to the gameplay, but I could do without it as well. 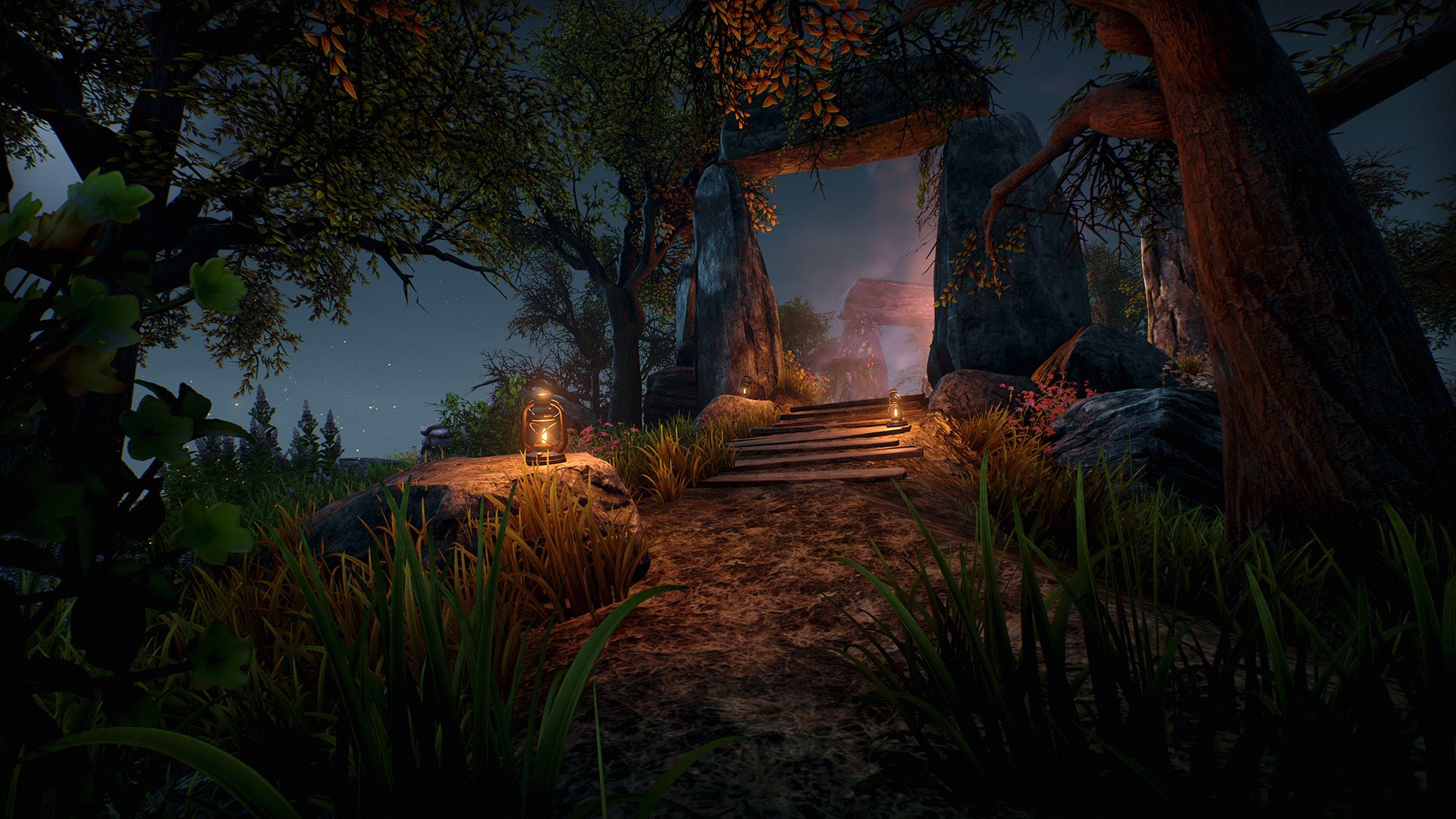 The one bright spot in the game, and the best spot in my opinion, is the sound design. Everything from the voice acting to the music to the ambient sound is great. Voice acting during the prologue is spot on and syncs up with the lip movements perfectly. Walking around during the middle of the night with nothing but footsteps, bugs, birds and the wind gives off a Tim Burton vibe when combined with art style of the town and is oddly calming. Having the music ramp up during bare-knuckle street fights can really get you going as you fight for survival. The sound is the best part of the game for me, I love every moment of it.

We Happy Few is a game that, given time, could be amazing. I had a great time with it but  I do have a hard time recommending it as it’s still unfinished. At the same I want people to buy it so the developers can get the support they need to finish it. I’m not going to recommend it, but I also won’t say don’t buy it. What I will say is check it out first, download the playable demo of it and if what you see interests you, then by all means, put the money towards it and support the developers and their project. Maybe with enough time and love from the community, We Happy Few will evolve from a good beta, into something more.

We Happy Few is currently out on:

View all posts by Frank D.