There are plenty of cool autumn nights between now and Halloween. It’s the perfect time to curl up with one of these books. They won’t keep you warm, but may give you another reason to shiver.

As Halloween approaches, a mysterious girl named Claudia returns to the small town of Haven, Texas. Paul Graves, a childhood friend, discovers the way to her dark heart is through a lunchtime investigation of a series of local murders. Their research soon leads them to the discovery that Paul’s father, a former sheriff, and his uncle, a local priest, have a thirty-five-year-old connection to the serial killer. When the killer targets Claudia and his family, Paul must overcome his own limitations to confront an ancient evil that spans generations.

In the grand tradition of Ray Bradbury and Stephen King, HALLOWED tells the story of a young man’s journey to adulthood and his ultimate confrontation with good and evil, life and death, love and sacrifice–a terrifying carnival ride with dark treats at the end. 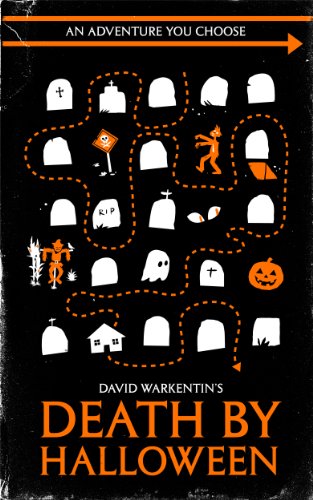 Death by Halloween by David Warkentin

It is Halloween, a day that used to be your favourite of the year.

As a child, you counted down the days to Halloween, thrilled at the prospect of venturing out into the night in a monster’s clothing and returning with a sack stuffed full with candy.

As you grew through adolescence, your tastes gradually changed. You still lived in anticipation of Halloween, but you no longer cared much for its typical offerings. The costumes weren’t real. The candy was too sweet.

What you wanted was adventure, panic, black magic. You wanted to find yourself on a dark hilltop, shaking with fear as impossible shadows crept up the slope toward you. You wanted to see the dead sit up in their graves. You wanted to stumble through the fog trying to escape the clutches of a madman. You wanted to survive a nightmare…

This book has some fairly graphic scenes of violence and is intended for mature teens and adults. 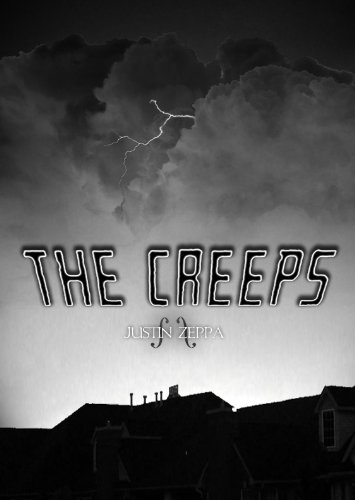 The Creeps by Justin Zeppa

Adventure is alive when you mess with the dead…

When her brother was alive, Elyse Korbin used to live for Halloween. Now, a year after piano prodigy Patrick Korbin’s untimely death by trick-or-treating, she finds it hard to live for anything.

School in Bootville is a drag, her parents have lost their minds with grief, and her best friend, Will Castle, is probably in love with her. Nothing seems to matter until the discovery of an ancient text filled with bizarre markings pulls Elyse from her mourning gloom and pushes her into a night of chilling adventure.

With the help of her fellow misfits, Will and the mildly-autistic Colin Niemann, the violin-slinging Elyse decodes the spidery encryption and discovers the uncanny ability to summon Patrick’s ghost from beyond the grave with her rare musical gifts. Her wiseass brother seems to relish his newly-undead status, but their tampering with the barrier between life and the death has brought back an unspeakable evil: Colonel Spicy Jack Cavendish, the legendary boogeyman whose fury almost destroyed Bootville during the American Revolution.

As Spicy Jack and his trash-talking pumpkin-lantern sidekick bumble their way through the modern world, Elyse and her friends must seek the assistance of a gallery of eccentric town characters from both the present and the past in a race to unravel the mystery of Bootville’s dark history, and thwart the Colonel’s sinister plans to finish the job he started centuries ago.

Funny, irreverent (and perhaps even… emotional?) The Creeps dishes out king-sized fun for all ages, and scoffs at those who would hand out pennies or granola bars. You deserve better than that and you know it. So, celebrate in style this Halloween, and give yourself (wait for it) The Creeps. 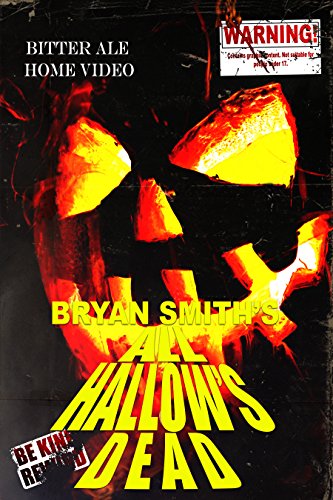 All Hallow’s Dead by Bryan Smith

It’s Halloween week in Willow Springs, TN, and a mad slasher is on the loose! Twenty-five years ago, a group of local boys did a very bad thing. Now a masked killer is leaving a trail of corpses and bloody pumpkins all over town. Brutal vengeance against his former tormentors and thirty-one dead for Halloween are the madman’s demented goals. As the body count mounts, local law enforcement scrambles to track down the seemingly unstoppable killer and bring the carnage to an end.

Which autumn-themed books are keeping you company this year? Tell us about them in the comments.