In this short from Sweven Films, security guard, and father-to-be, Denny is plagued by hallucinations of violence toward his wife and unborn son.

The film opens with a visceral punch to the gut and that intensity never truly lets up. 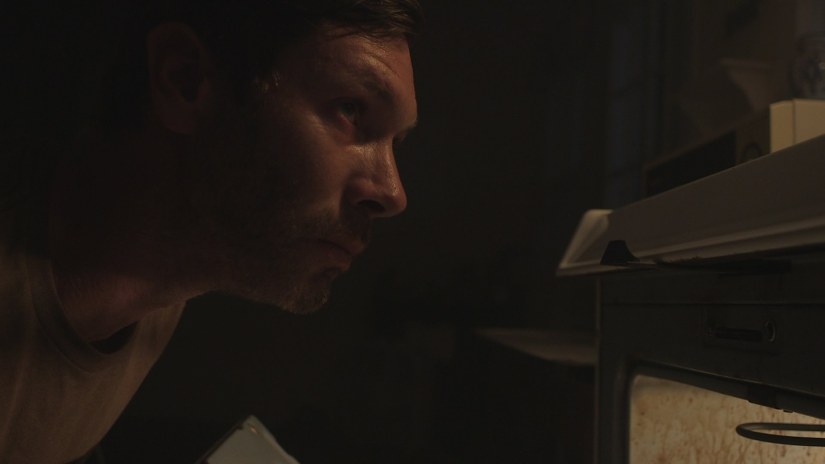 Are these visions the result of his fears or premonitions?

Is his sleep deprivation cause or effect?

The score is sporadic and dynamic, punctuated by deafening silences. A perfect compliment to Denny’s volatile mental state.

There are a few not too subtle homages to Kubrick’s version of the Shining, most noticeably the hallway shots in Denny’s office building. Similarities in theme are also apparent. Though Denny is never shown drinking, his behavior is not unlike that of an alcoholic who is trying to go cold turkey for the sake of his family. At one point, he even tries to atone for his behavior by bringing home flowers as though that gentle kindness means he could never harm someone. 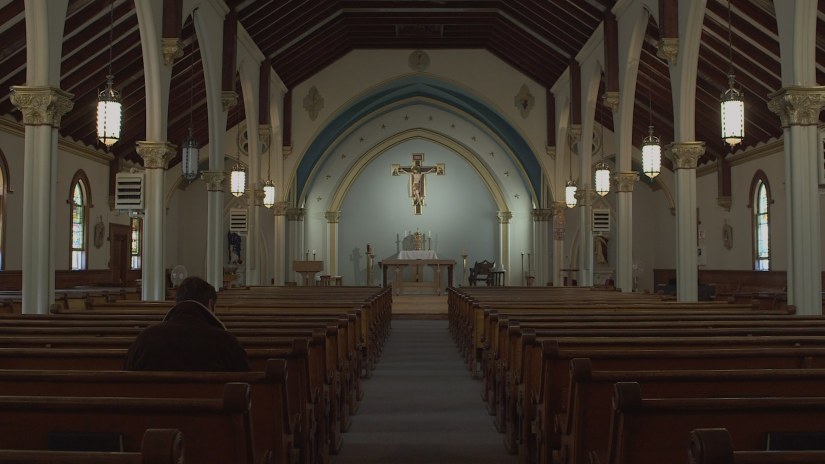 Wherever Denny turns for assistance, he finds none. Religion is no comfort. He can’t even throw himself into his work. His only refuge is nature, the forest and lake, in order to keep his family out of his reach he must be unreachable. This allows him an escape, not just from anxieties about violence but the fear of impending fatherhood, of bringing another life into his already claustrophobic home. Wide expanses of woodland stand in stark contrast to these confines and provide a location for disposing of harmful instincts when he starts to view everything as a weapon.

Some of the nature shots seem oddly unbalanced, the ratios are off, though I am willing to accept this as intentional. They could represent the lack of equilibrium within Denny’s mind even within his safe haven. 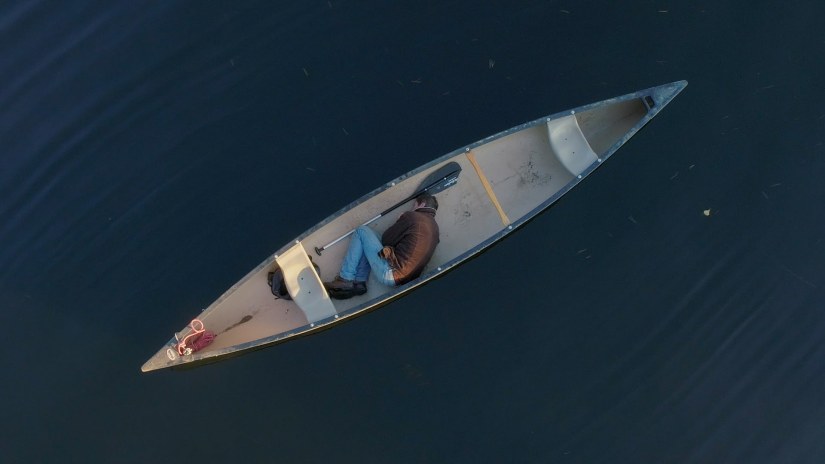 The ending, though tense, seems unresolved. My immediate response was to dislike this as preceding events had built to a climax that never quite arrived. Upon reflection, I can be alright with not knowing for sure what happens next as it likely something I would not have taken pleasure in seeing. There is some peace to be found in the undecided, we can still choose to hope for the best.

The Guard is primed to hit the festival circuit later this year. For now, we’ll leave you with a trailer.